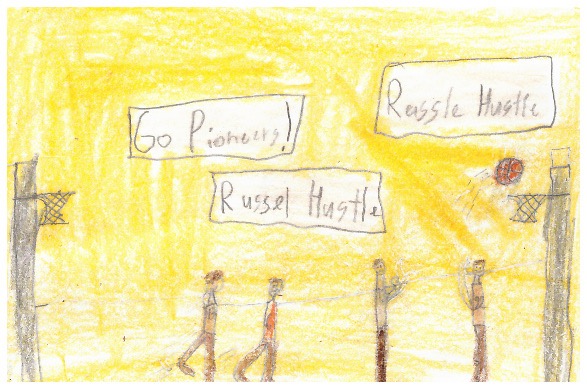 Do you want to be an athlete or a mathlete? I think the book Athlete vs. Mathlete by WC Mack is outstanding.

Mathlete vs. Athlete is about two twins named Russel and Owen. One day the new basketball coach orders Russel to try out for basketball. Everybody in his family is surprised because Russel is a smart kid and Owen is a sports kid. Meanwhile, in Russel’s Master of the Mind group a new person joins in and tries to be the new leader or captain. When the basketball tryouts come Russel makes the team. Eventually he gets really good at it. Owen becomes angry and puts Russel’s somewhat magical shoes in the dumpster. For about two weeks Russel doesn’t talk to his brother or play basketball. Then Russel asks his brother for help making the person that joined the Master of the Mind team to quit because he’s trying to take over the team and get into Harvard for college. And their plan works! Then their Master of the Mind group ties for first place. Russel goes back to basketball with everybody happy.

I think the story was interesting because of the plot. I liked the story plot because it went from good to bad to good. The first good part was that Russel made the team. But then Owen got angry and Russel became furious. I started to feel very bad for both twins because their loss. I think that it’s hard to lose too. Then Russel and Owen weren’t mad at each other any more because they started talking to each other again. Sometimes my sister and I get into an argument and then we solve it and we are cheerful again.

I would recommend this book because it shows how you can be mad and then resolve the problem. This is a good lesson for everyone!