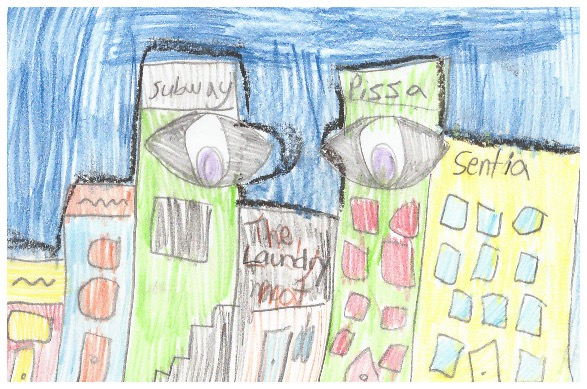 Close your eyes. Imagine what it would be like to control the thoughts, emotions, and actions of those around you. The Hypnotists, by Gordon Korman, will make you think about hypnotism in a different way.

To begin with, the main character, Jax, is a normal twelve year old kid who goes to school and enjoys school activities. Jax started to realize that whenever he asked someone to do something they did it. For example, Jax convinced Ramolo to perform the chicken dance. Jax’s life started to change when he was asked to join Sentia and meet Dr. Elias Mako. Jax found himself being put in difficult situations that made him not trust Dr. Elias Mako and the entire club at Sentia.

In addition, I felt very sorry for the main character, Jax, in this novel. Jax was forced to hypnotize others even though he did not want to. After reading this novel, I wondered what it would be like to hypnotize someone and make people do whatever I asked them to do. This would be an interesting experiment! My favorite part of the book was when Trey Douglas, who was running for election, gave a speech and Jax was able to change the words that were read in the speech. This scene was brave of Jax because Trey Douglas would have been elected if he hadn’t changed the words in the speech.

In conclusion, if you want a fast paced book filled with action, then check out “The Hypnotists.” It will keep you on the edge of your seat!

Abigail A.
is a student in
Mrs. Blaisdell's 3rd Grade Class