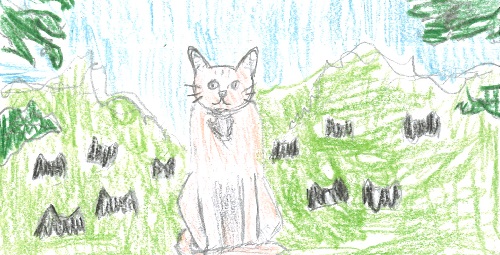 Maximum ride is about a girl named maximum, who, as a child, got “raised” and experimented on at a secret lab that is called “The School”: which is run by mad scientists who think they are trying to “save the world”. Max got avian-DNA grafted with her human DNA. But it wasn't just her. There is a “flock”, that also got avian-DNA mixed with theirs. Max, short for Maximum Ride, is the “leader” of the flock. She is 14. Fang, who is a 14 year old avian-human hybrid, is second in command of the flock. Iggy, who is also 14, is blind, but has adjusted well. Hes also a skilled bomb maker. Same with Gazzy. Nudge, an 11 year old “motor mouth”, as Max calls her, can hack into almost any computer. Gazzy, A.K.A. The Gasman, is 8. He earned his name because he frequently passes gas. He is very skilled at mimicry. Angel, the youngest of the flock, a 6 year old avian-human hybrid, keeps developing new powers, like reading people's minds. So… Max and the flock wake up one morning to find erasers (wolverine-humans who were also made in The School) all around their “house”. They keep running from and attacking erasers throughout the book, while trying to find Angel, who has been captured by the erasers.

I would rate this book probably a 4/5 stars, because some important plot explanations are left out, and it's hard to understand. My favorite part is when they get Angel from the school with hawks that were friends. It was scary reading about the ‘erasers’ when they were fighting to not go back to The School. It was interesting throughout the book when Angel kept learning new skills that she could accomplish like breathing underwater.

This is a great book for anyone who likes science fiction. It is probably a book for 12 years old and up because there is a lot of violence.

Cove B.
is a student in
Maestra Angela's 5th Grade Class