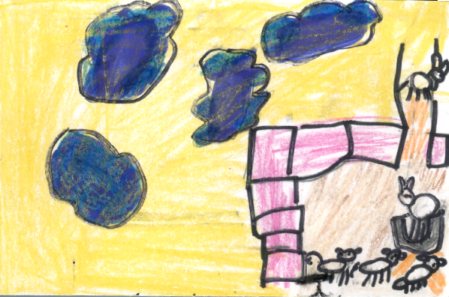 The first little pig built his house out of straw. The second pig was smarter because he made it out of sticks. The third pig was the smartest. He made his house out of bricks. The wolf was sneaky because the wolf went down the chimney to get the pigs.

I like the part when the pig made a sturdy house because the wolf couldn’t blow down the house. The pictures in the story were funny especially when the wolf fell into the pot and got burnt.

You should read this book because the words are funny. The illustrations are awesome.

Ryan S.
is a student in
Mrs. Zwaan's 2nd and 3rd Grade Class