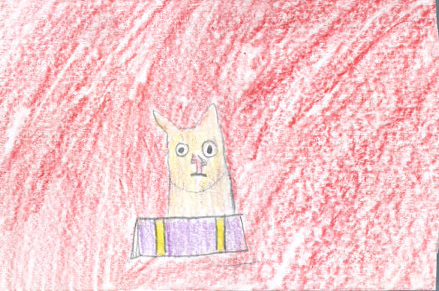 Dewey the Library Cat is a book about a cat that was abandoned in a library book drop slot, it tells about Vicki Myron and how she took Dewey in and the adventures they have. Vicki loves Dewey and would do anything for him. But sometimes he can be a bit of a sneaky cat. When Dewey gets photographers and camera men coming to work on him the library is busier than ever. When a disabled girl comes to the library Dewey makes her happy. Everybody loves Dewey he makes them happy but could something happen that makes everyone depressed???

I would recommend this book to kids who love cats in grades three to five.