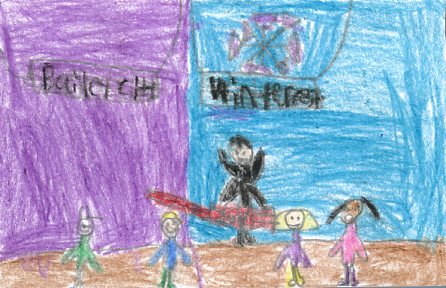 I am reviewing Dracula Doesn’t Rock and Roll. The book is about a kid named Eddie who wonders what BATs stands for. He has a special guest in class named Mr. Drake who he thinks is count Dracula. He also thinks Mr. Drake has a really cool guitar. Eddie and his friends wonder what Mr. Drake is planning. Read the book to find out if Mr. Drake is planning something good or bad.

I think Dracula Doesn’t Rock and Roll is the best book I have ever read! The main character Eddie is a great character because he is very dramatic. I also think the book has a good mystery involved in it. This book reminds me of A to Z mysteries because they both have vampire mysteries. My favorite part was when Dracula's band played in the winter fest because everyone was afraid of them.

I recommend this book to people who love mystery and horror.