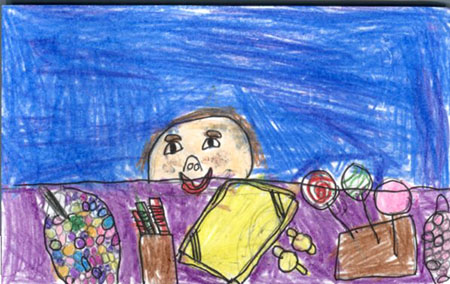 The Chocolate Touch is about a boy named John Midas. He LOVES chocolate and hates a lot of other food. He finds a coin on the street with his initials on it. Of course John spends it on chocolate. But when John eats the chocolate something happens that is weird. Almost everything changes for John. At first he is excited about all of this but later a bit of regret is there too.

Violet B.
is a student in
Mrs. Tate's 2nd Grade Class