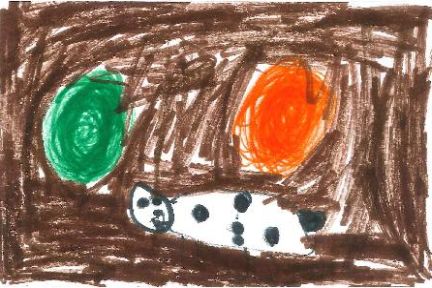 My opinion is that it was funny because the prairie dogs were fighting over the fuzz. It made me feel happy because my dog plays with tennis balls and he takes all the fuzz off. When we play with the stuffed football and there’s fuzz in it, he rips off the skin and he takes out all the fuzz. I liked Pip Squeak because he’s very nice and helped Big Bark after he fell from the eagle. I hated Big Bark because he was very mean so I liked when the eagle took him.