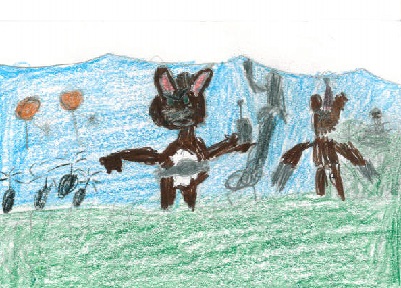 Do you know what a battle on a birthday feels like? It feels like battle time! Birthday bunny is pretending to be battle bunny because he thinks that everyone forgot his special day. So he thinks of his conversations with his friends as a battle with his enemies. Everything he does changes from a birthday to a battle day. How does his battle birthday end? You should read Battle Bunny to find out.