Henry and Mudge in the Sparkle Days

Henry and Mudge in the Sparkle Days 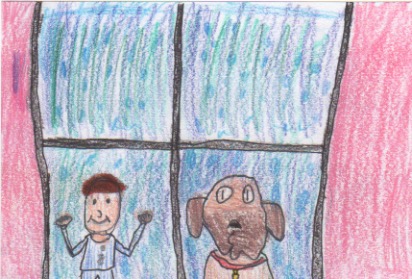 My favorite part about the book is the end because it calms you down. I like Mudge and Henry because reading about them reminds me of when I am with my grandma’s dogs. I also like when Henry and Mudge look out the window because they keep looking out the window and one day it is finally snowing! This book reminds me of my friend because she does not like dogs and there is a dog in the book. On a scale from 1 – 10, I give this book a 10 because the book makes you relaxed and calm. I would like to learn how to draw a dog because I really want to learn how to make it better than I do now.

Emma K.
is a student in
Pam and Carly's 2nd Grade Class