Reviewed by student in DwarvesnGiants 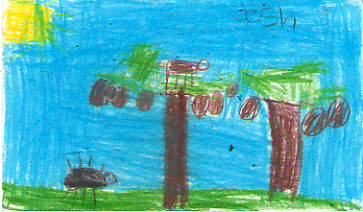 We enjoyed this book because Anansi learned her lesson even though the little bush deer knew about Anansi’s prank. Also at the end of the book all the animals got their food back.

We’d like to recommend this book so that kids could learn and understand why it isn’t nice to prank anyone. As well as people may want to learn about moss covered rocks.