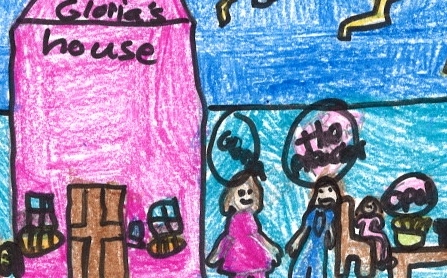 Have you ever been lonely? Had no one to talk to? Well, then read this book called Because of Winn-Dixie. It's about a girl named India Opal Buloni. Opal found a dog inside a store called Winn-Dixie. She named the dog Winn -Dixie, just like the store. Then she walked the dog that caused chaos in the store to her house to ask her father if she could keep him. Winn-Dixie and Opal go on a lot of adventures together. Opal, Winn-Dixie and some of their friends have a party. When a storm comes during the party there was a lot of thunder. Winn-Dixie has a pathological fear of storms, and when the storm happened Opal thought that Winn-Dixie ran away! Luckily, he did not run away, he was in Gloria's house underneath her bed.

I recommend this book to people who love animals and funny books!