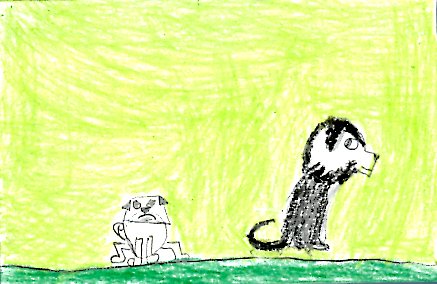 I like this story because it is about two cute dogs. My favorite part is when Zorro and Mr. Bud go for a walk. I like that part because I have a dog and I like to take him for a walk too. My favorite character is Mr. Bud because he is the main character and he is funny when he makes mistakes.

If you want to find out what happens to Zorro and Mr. Bud and if you like stories with talking dogs, be sure to pick up this book!