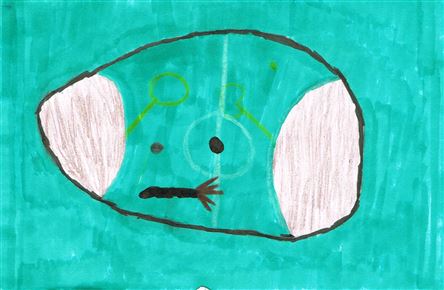 This book is about a boy named Harry Potter who thinks that he is just a regular boy, until he finds out on his 11th birthday that he is a magical wizard. He will be attending Hogwarts, a school for witches (female wizards) and wizards. Along the way he makes two new friends, Ron and Hermione. He learns how to fly a broomstick and play Quidditch, which is a sport for witches and wizards a little like soccer and rugby but played on broomstick. He makes the team and is a huge help to them. At the end of the book he tries to defend a magical stone that an evil wizard named Voldemort wants to steal and use for his own purposes. The stone will give him the elixir of life so he will never die. Will Harry save the day or fall short and die an awful death? Well you’ll have to read the book to find out.

I thought this was a great book because it had sports, magic, and trolls. My favorite part was when they saved Hermione from the troll in the bathroom. This book is part of a seven book series and I think it is like the 2nd and 3rd books because Voldemort is trying to come back to life. By the end of the 4th book, Voldemort is back and starts doing some damage. I thought it was a really fun book to read and I loved it because of the interesting plot. Sometimes I wish I were Harry Potter because he gets to experience all of these cool things.

I recommend this book because it was so fun to read and I could not stop reading it. I think people of ages 6 and up would like this book. I like it because of its interesting plot and characters. This is a great book and I think you should definitely read it.