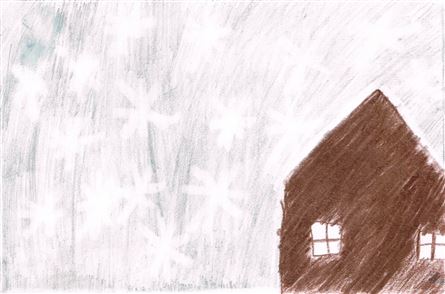 This book is about a 16 year-old girl named Kit Tyler. She starts out as a pampered, rich girl who has never done any hard work in her life. She is living with her grandfather in Barbados, because her parents are dead. When her grandfather dies, she has to move to Connecticut because that is where her aunt and uncle live and they are the only family she has left. When Kit was on the boat, she learned that the Puritans were afraid of witches. This was in the 1600s when people believed in witches and witchcraft. A few passengers thought she might be a witch because she jumped in the water to retrieve a doll and did not drown. At that time, people thought innocents would drown in water and witches would float.

When she arrives in Connecticut, she meets her cousins Judith and Mercy and her Aunt Rachel and Uncle Matthew. Her life changes because now she has to do a lot of work like knitting and making dinner and it is really hard for her. She meets and befriends an old lady named Hannah Tupper who the townspeople suspect of being a witch. Since Kit is friends with Hannah, they also suspect Kit of being a witch. They burn down Hannah’s house, but she escapes. Kit has to go to court because she is suspected of witchcraft, but does she make it? You’ll just have to read the book to find out!

I think this is a great book. It has love, drama, and a little bit of history. This book is unusual because it takes place in the 1600s in New England and it gives you an idea of what it was like to live in that time period. My favorite character was Hannah Tupper because you did not know if she was a witch or not. My favorite part was when Hannah escapes onto the boat. It’s a great book and you should read it.

I recommend this book to people ages 9 and up. It might be too hard for someone younger, because the language is complicated. This book is cool because it gives you an idea of what it was like to live in the 1600s and what problems they had to deal with. I think this book would be great for someone who likes drama because the possibility of witchcraft and the court case were exciting.