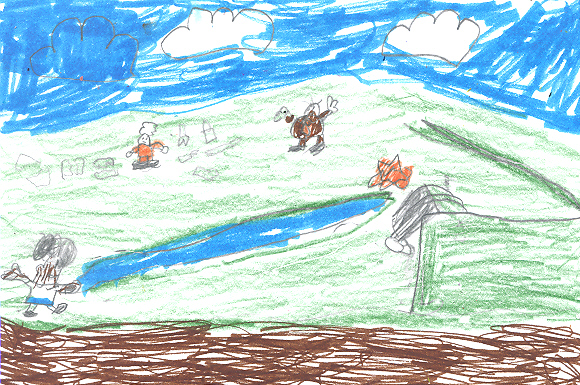 In addition, my favorite part is when George gave the bullies a spank. I liked it because I thought it was funny. It was funny because it had spanks in it. My favorite character is George. I chose George because he was the one who caused my favorite part with the spanking. Another reason is because he is really funny. George is also an interesting character and is like me because he is smart. He’s smart because he learned reading, writing, and math when he was only four years old. I also liked to learn things when I was really young.