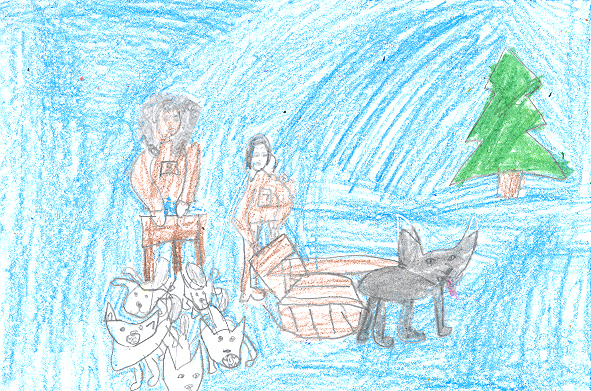 Do you like dog racing in the snow? Then Stone Fox by John Reynolds Gardiner is a good book for you.

To begin with, there is a boy named Willy who lives with his grandfather. His grandfather becomes very sick and Willy finds out that it’s because they owe money for the taxes on their farm. Willy decides to enter a race with his dog Searchlight to win money to save the farm. But there is a big Indian and his name is Stone Fox. He is racing to get his homeland back for other Indians. He wins all the races in the area with his white Samoyeds. Will Willie and Searchlight be able to beat him?

In conclusion, we recommend this book to kids who like sled-racing and winter stories. You will love this book if you give it a try!