Moongobble and Me: The Weeping Werewolf

Moongobble and Me: The Weeping Werewolf 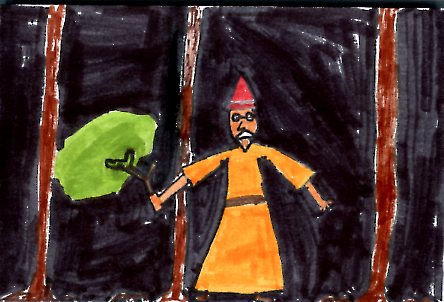 This book is about Moongobble the magician and his friends including the Rusty Knight, Edward, and his pet dragon Fireball. They go on a quest to the Forest of Night, which is where the Weeping Werewolf lives. Moongobble the magician and his friends need a bottle of the Weeping Werewolf's tears in order for Moongobble to be in the society of magicians and to prove that he is a good magician. One lesson that can be learned from this story is to never give up.

As I was reading this book, I felt excited because I just felt like I wanted to read more. I loved this book because they go to the Forest of Night, which is spooky. There are a lot of funny moments, like when Moongobble made cheese instead of a torch. Another time, Moongobble was searching for his witch friend and she startled him by coming from behind a shower curtain, clean and fully dressed, and yelled, "Hi!"

I think people should read this book because it's funny, a little bit scary, and a book for all ages.

R.K.
is a student in
Mrs. King's Class