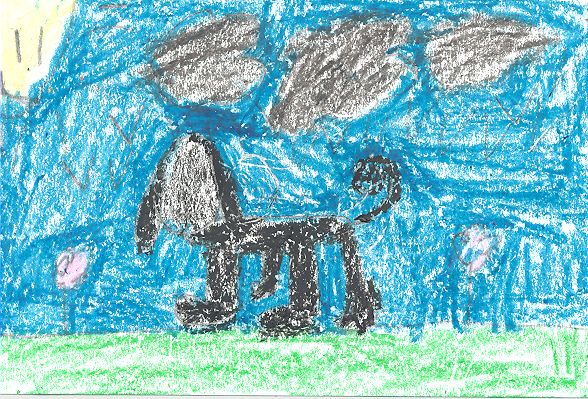 Bark, bark! This book review is all about a book about a dog. The book is called When Life Gives you O.J. by Erica S. Perl.

To begin with, there is a dog named O.J. But O.J. was not a real dog! It was an orange juice jug and had paint all over it for Zelly who wanted a dog. Her grandpa gave it to her. Zelly wants a dog very badly since she has just moved from New York to Vermont. Everyone in Vermont has a dog except Zelly! So she has to use O.J. to practice having a dog. She walks it and feeds it and cleans up after it. She even meets a new friend Jeremy because of O.J.

I really liked the book because it was creative and funny. Having a pretend dog out of an orange juice jug is really creative! Erica S. Perl did really good writing on this. It had a lot of interesting words and described things. I was surprised during the story. Many things happened with Zelly and O.J. that were surprising since O.J. wasn’t a real dog!

In conclusion, I would like all of the kids in my class to read this book because it is the most awesome book of all.