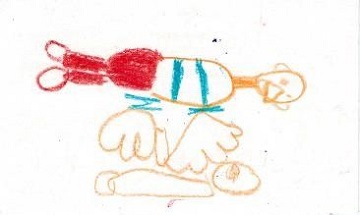 David tries to steal cookies. He comes in from outside when he is dirty. He floods the bathtub. He goes outside with no clothes on. He is too noisy. He plays with his food. Then he chews his food loudly. At the end he wakes up, and his mom told him to come here, and says she loves him.

I think the book is funny, I think it is funny because he runs out with no clothes and also because he digs up his nose. My opinion is the whole book is hilarious.

I will recommend this to Dariel. I think he would like this book because it’s so hilarious. He will also like it because David runs outside naked.