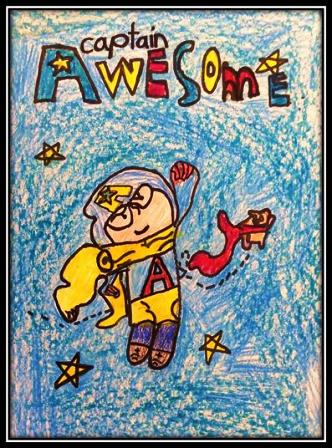 Do you like when people are funny, weird and odd? Well, if you do, read Captain Awesome!

Nacho Cheese Man’s real name is Charlie. He is a bit weird too because he gets two cans of cheese and crackers and shoots them in people’s faces to distract them so Captain Awesome can save the day! Queen Stinkypants is the bad guy, but she’s a baby that stinks and talks baby-talk. How odd is that? But really, I think it is so FUNNY!

Now I hope you read Captain Awesome! There are 13 books in this awesome series.