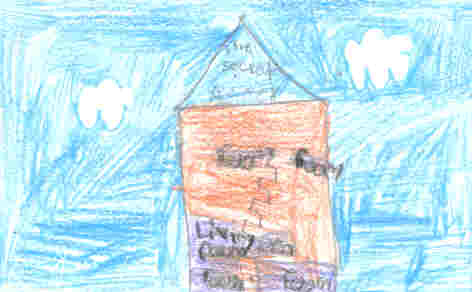 Do you like books that have a series? Because if you do, the “Who Was” series is good for you. Especially the book, “Who Was Anne Frank” by Ann Abramson.

First off, it is an amazing book because it is about a girl who died when she was fifteen. Also, she was forced into hiding for two or three years because her family was Jewish. She had to hide with another family, and where she was hiding was full. The name of the place she was hiding was called the “Secret Anex”. But one day someone made too much noise and they got found. Only one of the twelve people escaped.

My reaction was that I was almost crying, because later you find out that she went to a camp and she died young. That seems so unfair to me. Another reaction I had was “What? How could people be treated this way?” I had this reaction because Hitler blamed all of Germany’s problems on the Jewish people, even though they did nothing wrong. Hitler was mean and rotten. My last reaction was that it reminded me of the black and white situation that happened in our country. It reminds me of that because in both times in history, there was a bully or group of bullies picking on a certain group of people.