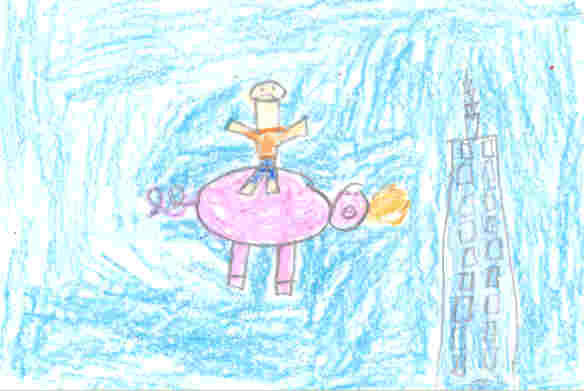 If you want to read a mind-blowing action book, then you should read “The Last Olympian” By Rick Riordan.

To start with, this story was all fighting and action because from page 275 to the end of the book there was just fighting! This book was about demigods getting ready to fight a Titan named Kronos. Kronos had tough fighters. For example, a fire breathing pig that can fly and was as big as garbage truck was one of the fighters. My favorite part was when Percy had to fight Kronos. ( Let me tell you something about Kronos…he can slow down time.) Percy started charging Kronos, but found himself moving only two miles per hour. I don’t think it’s fair because Percy didn’t have time to react!

In addition, I loved this book because it had so much action. One part that was action was when Percy was riding a flying pig. It had lots of action because it had details such as the pig smashing into the glass and when it got stuck and it squirmed and squealed. I also liked this book because I found a character interesting. Her name was Selina. She was interesting because she was secretly bad! Another reason I liked this story was because it was by the author of all of the Percy Jackson books. It is an awesome series!

Finally, I recommend this book to all kids ages eight to fourteen. If you are looking for an adventure, read this book right away!