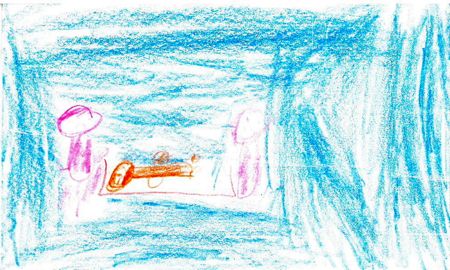 Crispin: The Cross of Lead is about a thirteen year old boy called Asta’s son who later learns that his real name is Crispin. The story takes place in 1377 in Stromford England where Crispin lives under the control of Lord Furnival. Asta has died and Crispin believes his dad has died, too. He finds out that John Aycliffe (Lord Furnival’s steward) has said that Crispin is a “wolf’s head” and should be killed. A priest helps Crispin and gives him a cross that belonged to Crispin’s mom. The priest is killed, so Crispin runs away and meets a big guy named Bear, who is a juggler and musician. Bear at first seems like a rough guy and says that Crispin is his servant, but then they become friends and act like father and son. Bear helps Crispin figure out his problems and they save each other’s lives.

I thought Crispin: The Cross of Lead was a good book. It had a lot of supporting detail and mystery that made the story really interesting. While reading the book I felt so worried about what would happen to Crispin. My favorite part was when Crispin and Bear become like family. I thought Crispin was an interesting character because he learns to fight for himself, saves Bear’s life and he gain self-confidence. I felt surprised at the end of the book because it is very shocking to learn about Crispin’s true identity and to learn that some of the people who treated Crispin so badly are actually related to Crispin.

I strongly recommend this book because it’s a mystery that has a shocking and happy ending. This is a good book for students in the sixth or seventh grade because it deals with issues that middle school kids might relate to, like feeling alone and family issues. I think readers will find the plot to be interesting because it’s a mystery about Crispin’s life and his adventures. Crispin also meets some really nice people like Bear and learns that your “family” can include people who are your friends and who can take care of you and be nice to you.