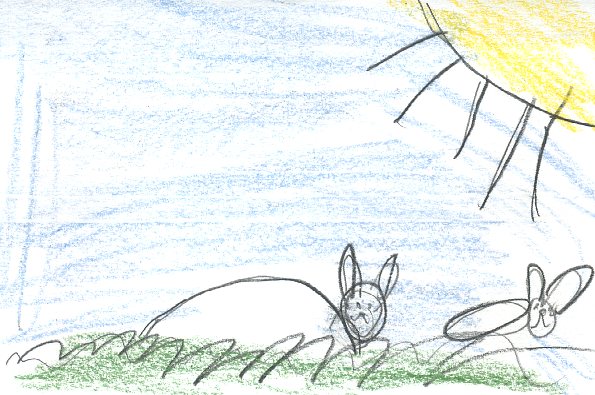 My favorite part is when the bunnies are in the circus because I like the circus. My favorite character is little bunny because he ran away and had lots of fun. This story doesn't relate to my life because I do not want to run away from home. Clement Hurd did a great job of illustrating all of the things the bunny became.

I think others should read this story because it was a great adventure book with beautiful pictures. This story is fun, adventurous, and caring.