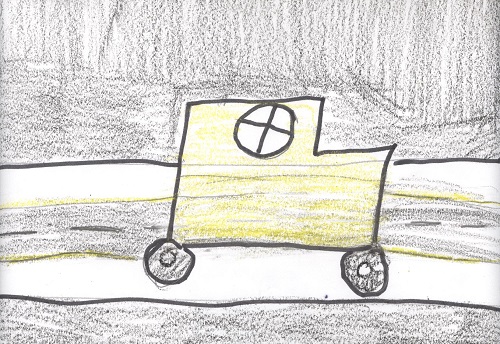 The book Guinea Pig Express is really funny because Stink wants to go to the museum where the biggest ham on Earth is. I can’t imagine going in to a museum and seeing a giant ham. I liked the book because it has good illustrations. It has good illustrations because in each illustration there is a funny situation. One of the illustrations shows Stink, Webster, and Sophie chasing a bunch of Guinea pigs. One of the Guinea pigs was even on Webster’s behind. My favorite part in the book is when they were chasing the Guinea pigs. It was funny because they are running around like they are crazy. My favorite character is Stink because he reminds me of my brother. My brother and Stink both like disgusting stuff like boogers. This book is like the book The Mad, Mad, Mad, Mad Treasure Hunt because Judy is always bothering Stink in both books.

I recommend this book for 7 to 8 year olds. If you like funny books, you should read this book. You will read about Stink wanting to see the biggest ham in the world, which is really funny.