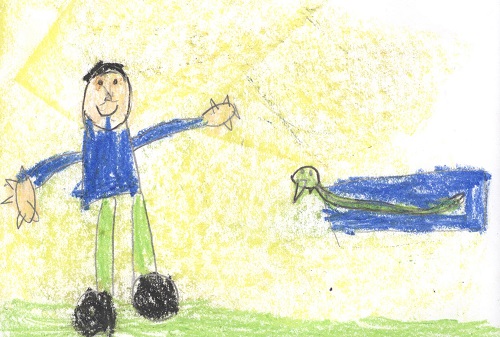 Stevie Marsh is going to snake camp for vacation. He meets a new friend. His name is Jordan. He tells Stevie that he will have a great time at Camp Viper, but Stevie hates snakes. Stevie makes a plan that he will pretend that he already has a snake. When everybody went to the snake house he told Tim that he already had a snake. If you want to find out if Stevie gets used to snakes, read the book and you will find out what happens.

I recommend this book to people who like snakes. If you do, you might like Snake Camp. It has snakes inside and they’re really cool to look at. Those are some reasons why you might want to read this book. This book is good for kids in grades 2 to 4.