Arthur, for the Very First Time

Arthur, for the Very First Time 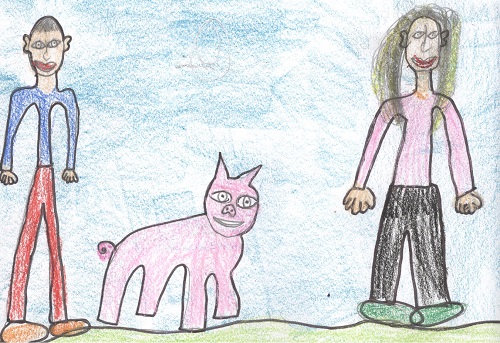 If you like problem, problem, problem books, then you will like Arthur, For the Very First Time. Arthur’s mother is going to have a baby. So she sends Arthur over to his Uncle Wrisby’s house for the summer. Moira is a girl who follows Arthur everywhere. Arthur and Moira are going to build a pen for Bernadette, a pig that is going to have babies. Will Bernadette refuse to go in the pen or go into it immediately? Will Bernadette have her babies safely? You’ll have to read this book to find out.

I think this book was a good book because the pictures bring out the words. The pictures are full of detail and emotion. I think the book was meaningful because it brought out problems and actually fixed the problems. One problem was when Arthur and Moira got drunk. They fixed it by getting a doctor and having the doctor check on them until they weren’t sick. Lastly, I think the book was funny. When Moira asked Arthur if he had ever thought about being a vet, the book says, “Arthur hadn’t but he had a sudden vision of himself surrounded by sick animals. Some with bandaged legs, some on crutches.” My favorite part was when they figured out that Pauline was not in the pot of chicken because I wanted everyone to be safe. I liked the characters of Bernadette and Arthur’s mom because they both are going to have babies and it was not just one.

Else H.
is a student in
Ms. Quindazzi's 3rd Grade Class