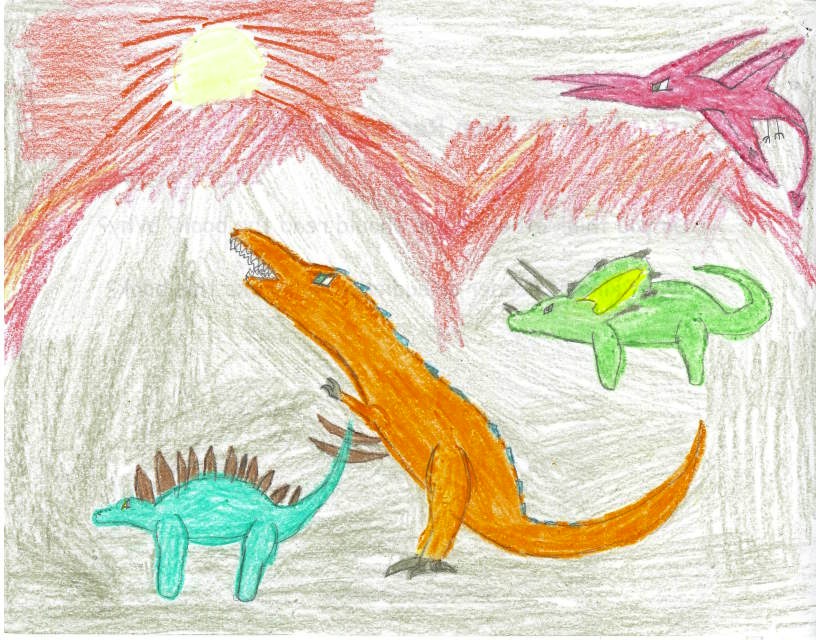 This book is about all kinds of dinosaurs. In this summary I will tell you information for seven dinosaurs.

Spinosaurus is the biggest hunter in all of time. It was even bigger than a Tyrannosaurus! Spinosaurus ate fish. Spinosaurus’s teeth were like the modern animal today, the crocodile. The Spinosaurus has a sail on top of it’s back. That’s the special feature I like about the Spinosaurus.

Allosaurus is a type of theropod. This lived in the middle Jurassic. Allosaurus had knife-edged teeth. They hunted for Stegosaurus. The Allosaurus is resembled as the Tyrannosaurus.

Deinonychus is a fast and agile hunter. These predators are one of the dromeosaurids. They had grabby hands. Deinonychus had some big fearless claws. They had one big claw on each foot.

I thought this book was interesting for me. I think that because dinosaurs are my favorite animals. I don’t have a favorite dinosaur because they are all interesting to me. I learned a lot of information about dinosaurs that I didn’t even know about. Now I know a dinosaur called Sauropelta and I didn’t even know it existed before. Dinosaurs resemble many different animals that are living here today. The Stegosaurus resembles a turtle because both animals have a lot of protection. They have hard shells, which prevent predators from eating them.