The One and Only Ivan

The One and Only Ivan 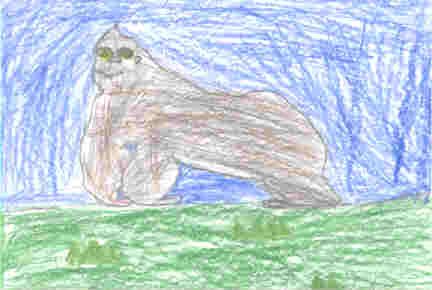 Being a gorilla is not easy! Come join Ruby and Ivan and don’t forget to have fun reading!

Ivan is a silverback gorilla who was captured when he was young. He was placed in a circus in a shopping mall. This book is about Ivan and his friends that live in the shopping mall. Ivan made friends with many of the animals and a little girl named Julia. He like to paint and talk to the other animals. One day Ivan moved to a zoo to live with other gorillas and monkeys. He was happy to be outside again, but he was still in captivity.

I thought this book was slow moving. I thought this because it talked about some events for too long. There were many parts that I felt were sad or boring. One example of a sad part was when one of the animals died. It was hard to read that part! It was not a favorite book of mine because the topic sounded good at first, but then it was hard to finish.