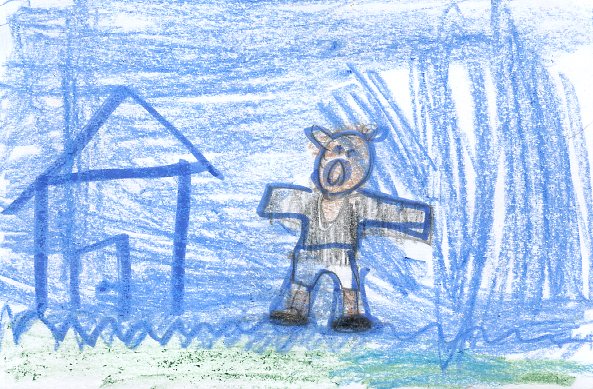 This story was about Arthur having nightmares. He would dream he was in his underwear at school. His friends would help him try to get over his nightmare. The Brain gave him a book to help him. Arthur finally stopped having nightmares, but then Buster started having them!

My favorite part of the story was when Binky was at the chalkboard and his pants ripped because it was funny. My favorite character is D.W. because she is sassy. I can relate to this story because I have had nightmares before. The pictures helped me imagine what was going on.

I think others should read the story because it is really funny.