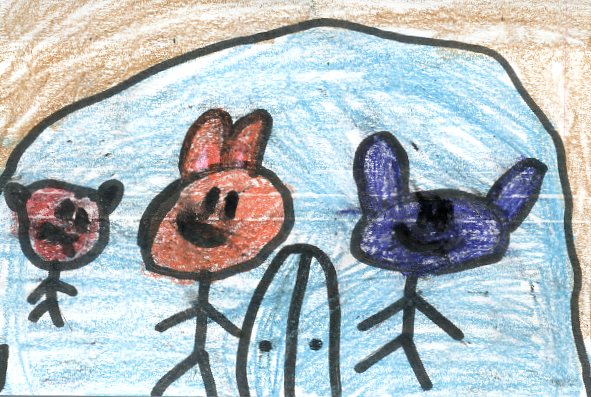 My favorite part of the story is when they had fun because they were all having a good time. My least favorite character is D.W. because she is mean. This story relates to my life because I've slept in a sleeping bag before. I think the pictures help me understand what's going on because they are very colorful.

I think others should read this story because it has a great ending. It is scary and funny too.