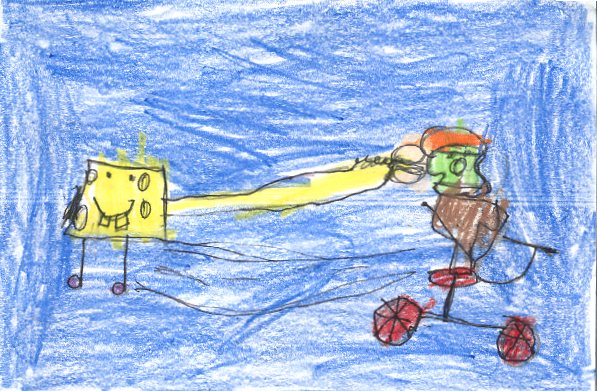 Squidward is competing in a bike race. So far he's in last place behind everyone. He doesn't know what to do to win the race. Spongebob and Patrick come up with an idea to help Squid win the race. With their help, Squidward ends up winning the race!

My favorite part is when Spongebob shoved a Krabby patty in his face because it was funny and silly. My favorite character is Spongebob because he does crazy things. This story relates to my life because I have been on a bike before. The pictures helped me understand the story because they showed the bike race.

I think others should read this book because it's funny and and cute. It has awesome picutes!

Kaylie B.
is a student in
Mrs. Okamura's 1st Grade Class