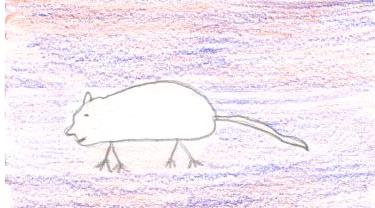 I think the book was kind of funny at the end because Missy traded some Gummies to Tiffany in order to get Eenie, Miney, and Moe. When Missy finally got the rats she took them to her house and feed them and let them run and around her bedroom.

I think this is a good book because it teaches kids how to take care of pets and how to solve their own problems. The book is made to look like a giant comic book which has a lot of funny pictures that made me and my friends laughed out loud.