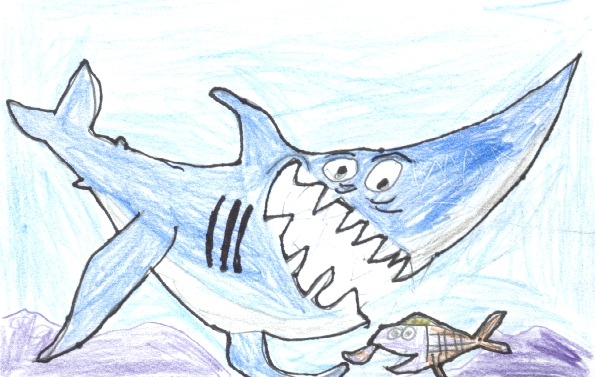 This book is about a minnow named Nugget and a shark named Fang. The setting takes place under water. They were best friends and did everything together until Nugget had to go to school. At school, Nugget learns that sharks eat minnows. Nugget feels shocked, devastated and concerned when he finds out his best friend is dangerous and he shouldn’t be friends with him any more but he wants to be friends. There are a lot of fish that are afraid of the shark. Read this book to find out if Fang eats Nugget or if they keep their friendship forever.

We recommend this book to people who like funny and interesting books about friendship. We think that kids in preschool through 5th grade and everyone else would enjoy reading this book.