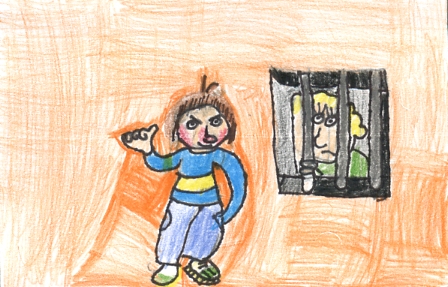 Horrid Henry is a boy who lives with his mom, dad and brother. His brother’s name is Perfect Peter. Horrid Henry is a horrid boy. One time, he wrote a newspaper with gossip about the school nurse, principal and his teacher. He wrote that his brother Perfect Peter was sent to prison. This book is hilarious! It almost made my stomach ache from laughing. He gets into lots…I mean, lots, of trouble.

D.G.
is a student in
Mrs. Love's 3rd Grade Class