The Ghost on Main Street

The Ghost on Main Street 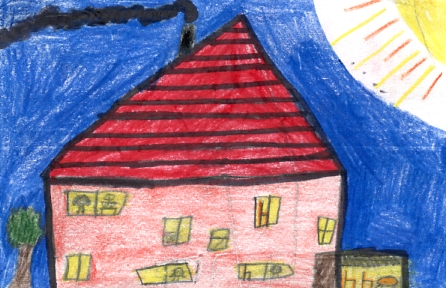 The Ghost on Main Street is about a girl named Sarah and her brother Ben. Sara and Ben’s grandparents live in an old house in Nantucket. Sarah and Ben are having a normal vacation until their ancestor, Cyrus who lived in the old house in the mid-1800s takes Sarah and Ben back in time to save his girlfriend, Abigail who was killed in the Great Fire. The Great Fire was a fire in Nantucket and it spread to many buildings and killed many people. Can Ben and Sarah save Abigail and get back to their own time before it’s too late?

I liked this book because it gave a lot of details, and I could make lots of mind pictures. As an example, “We could see the flames moving up Centre Street. The air was filled with embers and the heat of the fire was now creating its own draft.” I enjoyed the book because the characters went back in time to the colonial time, and I like learning about the colonial times. The book The Ghost on Main Street was a mystery and adventure put together.

J.L.
is a student in
Ms. Schock's 3rd Grade Class