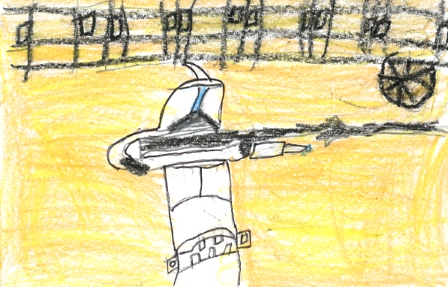 Do you like books that are filled with action? Then Star Wars is the book for you! They have huge armies of soldiers. They are not robots. They are actually clones of a highly skilled soldier named Jango Fett. The clones’ were made for destroying the death star. If the death star continues to exist, it will destroy the planets and the galaxy. The clones’ job is to save the galaxy. There are some clones called officers. There are four kinds of officers. They are blue, green, red and yellow. Some of the clones turned against the Jedi. The evil leader somehow turned the clones’ against the Jedi. There is also a highly skilled Jedi named Obi Wan Kenobi who is a Jedi master. Will the clones destroy the death star? Read the book to find out.

M.M.
is a student in
Ms. Lyle's 3rd Grade Class