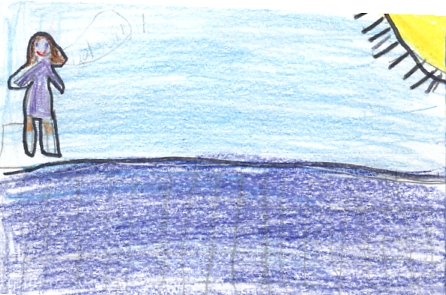 Have you ever been teased? Sheila the main character gets teased by her older sister. Sheila is taking a vacation to Tarrytown. She meets a girl named Mouse. They become best friends until she finds out Sheila’s secret. Mouse and Sheila have similar secrets. Thanks to Sheila’s mom, her secret is revealed during her vacation.

I like this book because I love the other Judy Blume books they are all different. I like the main character, Sheila, she is the same age as me. I can relate to this character because her sister is mean to her and my sister is mean to me, too. We both get teased by our sisters. I read this book because it was my mom’s favorite author when she was a kid. She was the same age as me when she read this book.

I recommend this book to kids in second through fifth grade. You will like this book if you like realistic fiction and comedy. It is a little long but if you read it every day it will be done in no time.

H.S.
is a student in
Ms. Schock's 3rd Grade Class