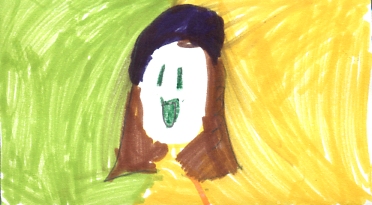 The book "Judy Moody Predicts the Future" is about a girl who has a lot of moods. The characters are Judy Moody and Stink (her brother). The setting is at school and at home. The problem is she can't predict the future. Judy Moody gets a mood ring and hopes that she gets purple. But instead her ring was black. That meant she was in a bad mood. So she threw away the ring in the trash. Then her brother took it. And then it turned green which meant jealous. She wanted it back but her brother would not let her. So she stole it and brought it to school.

I recommend this book to first grade and second graders who have a lot of moods. You should read this book because it is so funny!

M.C.
is a student in
Ms.Rodriguez's 1st/2nd Grade Class