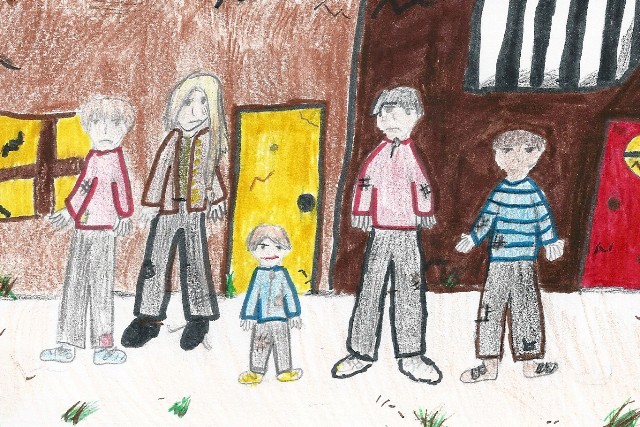 The Thief Lord is written by Cornelia Funke. It takes place in Venice, Italy. It is about two boys; Prospero and Bo. Prospero is Bo’s older brother. After their partners die, the two boys go to Venice so they can get away from their Aunt Esther but she follows them. Also, she has Victor, a private detective, looking for them. Meanwhile, Prospero and Bo live with a group of friends led by the Thief Lord. These friends are Hornet, Riccio, and Mosco. Now Bo and Prospero and their new friends have to keep away from Victor so that Prospero and Bo do not have to go back to their aunt.

I like this book because it was very interesting and I kept wanting to know what was going to happen next. My favorite character is Hornet because she looks after Bo a lot and she is very responsible. The book made me feel worried that Prospero and Bo would have to go back wit their aunt if they go caught. My favorite par was when they captured Victor and kept him tied up in the movie theatre’s bathroom. I liked this part because instead of Victor catching them, they caught him instead.

I recommend this book to anyone who likes exciting and adventurous books. You won’t be disappointed.