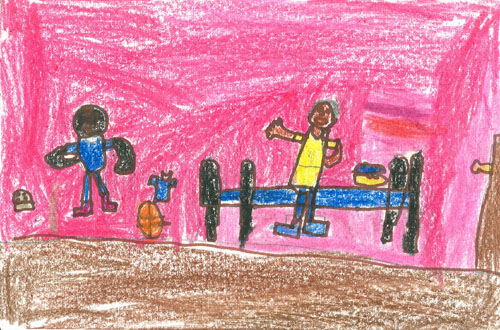 I recommend Don’t Embarrass Me, Dad to anybody who likes basketball because in this book Ben’s dad is a basketball coach and Ben plays basketball with his friends. This is a good book for anybody who plays sports. I like this book because it involved a sports and I like baseball a lot.