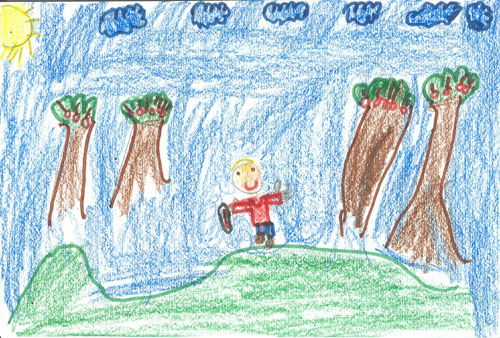 My favorite part of the book was when Max and Freddy become friends because it surprised me. I was surprised because Max was teasing and being really mean to Freddy. One of my favorite characters is Chloe. Chloe is in Freddy’s class. I like Chloe because she reminds of my friend Lauren. She reminds me of Lauren because Chloe and Lauren are girly girls. I liked the book because it kept me wondering who would find the wooden apple. I was wondering if Freddy would find the wooden apple before Max.