Reviewed by Alexandra A (age 8) 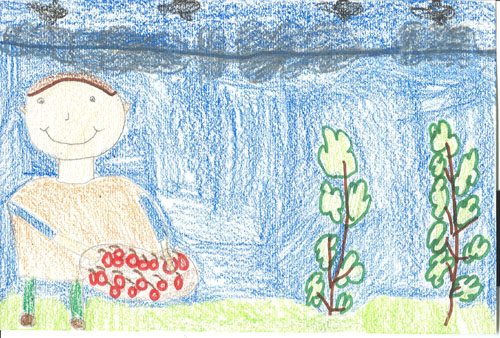 In this story I met Freddy. Freddy and his class go to an apple orchard. When they got there they met Farmer Bob. Farmer Bob said that if you find the wooden apple you’ll win $5.00. So Freddy wants to find the wooden apple. Freddy is worried that Sneaky Max Sellers will get the wooden apple before him because Max likes to cheat. Instead of looking for the apple on his own, Max uses other people. Will Freddy be able to keep Max from cheating?

I recommend the book Ready Freddy The Apple Orchard to someone who likes contests because it will keep you wondering if Freddy wins the contest. You’ll also like this book if you like rooting for a good guy. Freddy is trying to win the contest honestly but Max wants to win by cheating.

Alexandra A
is a student in
Mrs. Vega's 3rd Grade Class