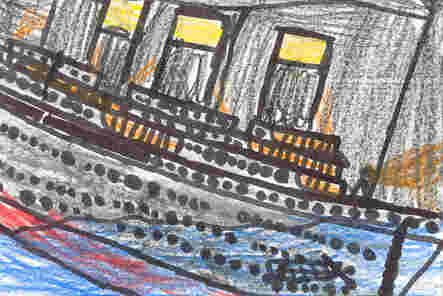 Do you like the Titanic? It's such an interesting part of history. You should read I Survived the Sinking of the Titanic by Tarshis Lauren.

To begin with, in this story there is a 10 year old boy named George with his sister named Phoebe. They went on the Titanic with their grandparents to North America to see their parents. But on the way, the Titanic hit an iceberg and started to sink. They got separated from Phoebe and had to look for her!

In addition, I like the part in the book when the Titanic is sinking because it's the part when the action happens. The book will inspire you with its details. It shows many pictures of the Titanic when it is sinking. Then they try to get on a life boat, but the guards don't let George and his grandparents on, so they had to jump and swim for their lives! I also liked this book because it explains the people who were on the ship and all of the places on the ship that the people could go to. This made me feel and know what it is like to be a passenger on the Titanic.

In conclusion, this book is good to read anywhere! I think it is for kids 4 and up. I hope you will try to read it yourself.