The Fantastic Secret of Owen Jester

The Fantastic Secret of Owen Jester 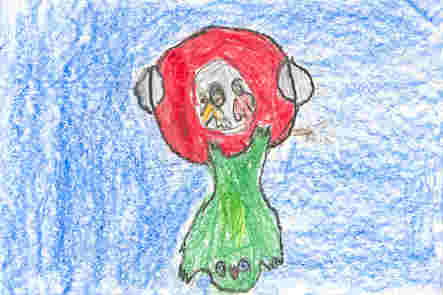 Have you ever found something cool? If you have, you should read THE FANTASTIC SEACRET OF OWEN JESTER by Barbara O’ Connor.

This story was about a boy named Owen who found a submarine and wants to know how to work it. Owen has two friends that helped him find the submarine but his next door neighbor named Viola always gets in their way. My favorite part is when Viola comes when they don’t want her to, so they use their secret code word: rocket! When they all shout the word, they all run away from her. My other favorite part is when they find the submarine and Owen thinks that it the thing that fell off the train that was a mystery to him from the start of the book.

I enjoyed this book because it was a fun adventure. The the best part in the book is when Owen found Tooly. Tooley is a huge bullfrog that Owen really loves. Besides the submarine, Tooley is the most important thing in the story to Owen. I remember when I had fun adventure with my dogs Max and Chip. Tt was fun finding things like peieces of items that the dogs would sniff out.

This book is good for kids just like me ages 8-10. It is also a good book to read with your family so go and check it out today!