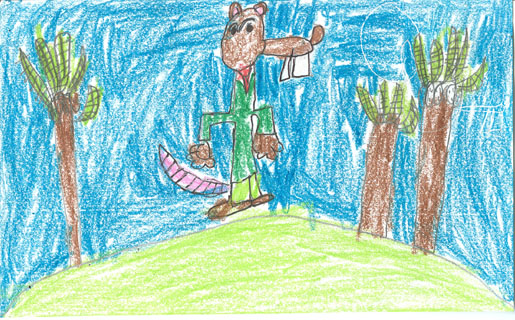 In this book Geronimo Stilton went on an adventure with his sister, nephew and cousin. They were looking for the Emerald Eye. The Emerald Eye is the treasure. They also found a ship called the Lucky Lady. When they set off to sea they had to go through a storm and Geronimo went overboard. His sister and nephew rescued him, but then the boat sank and they had to swim to the island. Will Geronimo find the treasure? Read the book to find out.