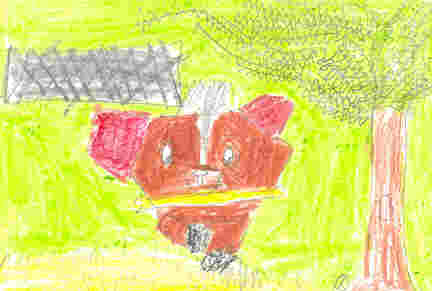 A Guinea pig? I want a dog! Do you love hilarious books? If you do, Guinea Dog is the book to read by Patrick Jennings!

To begin with, this book is about a boy named Rufus that really wants a dog. He has 3 friends. One is an animal. Their names are Murphy, Dmitri, and Fido. Refus's mom buys him a guinea pig not knowing that Rufus is begging for a great dog like Buddy, Murphy’s Dog. Then he figures out that his guinea pig is acting like a dog! Better than a dog acting like a guinea pig right? Then Murphy wants to trade his perfect dog for Fido. Rufus wanted a dog, but he is keeping Fido. Then, his parents take him to the park and he twists his ankle and Fido finds help.

In addition, I enjoyed this book because Rufus is begging for a dog and he never gets one. His mom also acts deaf. After that Fido stows away with him and gets in trouble and gets Rufus in trouble at Refus's school. Also, Fido makes some screeching noises that drive his dad nuts. This is weird and funny. I even like how Fido can do almost anything and how Dmitri said, “Whoa! I want ONE of those!" I like how Rufus’s feelings change from mad to amused.

In conclusion, if you love hilarious books, you should find Guinea Dog by Patrick Jennings. Reminder: Buy it if you are 6-12.