Henry and Mudge in the Green Time

Henry and Mudge in the Green Time 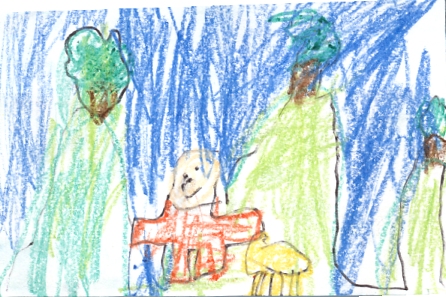 In the summer, Henry and Mudge liked to go on picnics, eat popcorn, and play. One day, Henry got stung by a bee. Henry liked to give Mudge baths, but Mudge didn't like baths so he would hide. Henry and Mudge played kings and dragons. They had tons of fun. They liked to fall asleep under the tree.

My favorite part of the story was when Henry got stung by a bee because the pictures were funny. My favorite character was Henry because he has a nice sense of humor. This story relates to my life because I have a dog too.

There are pictures in the story that help tell what's going on. You should read this book because it will make you laugh.