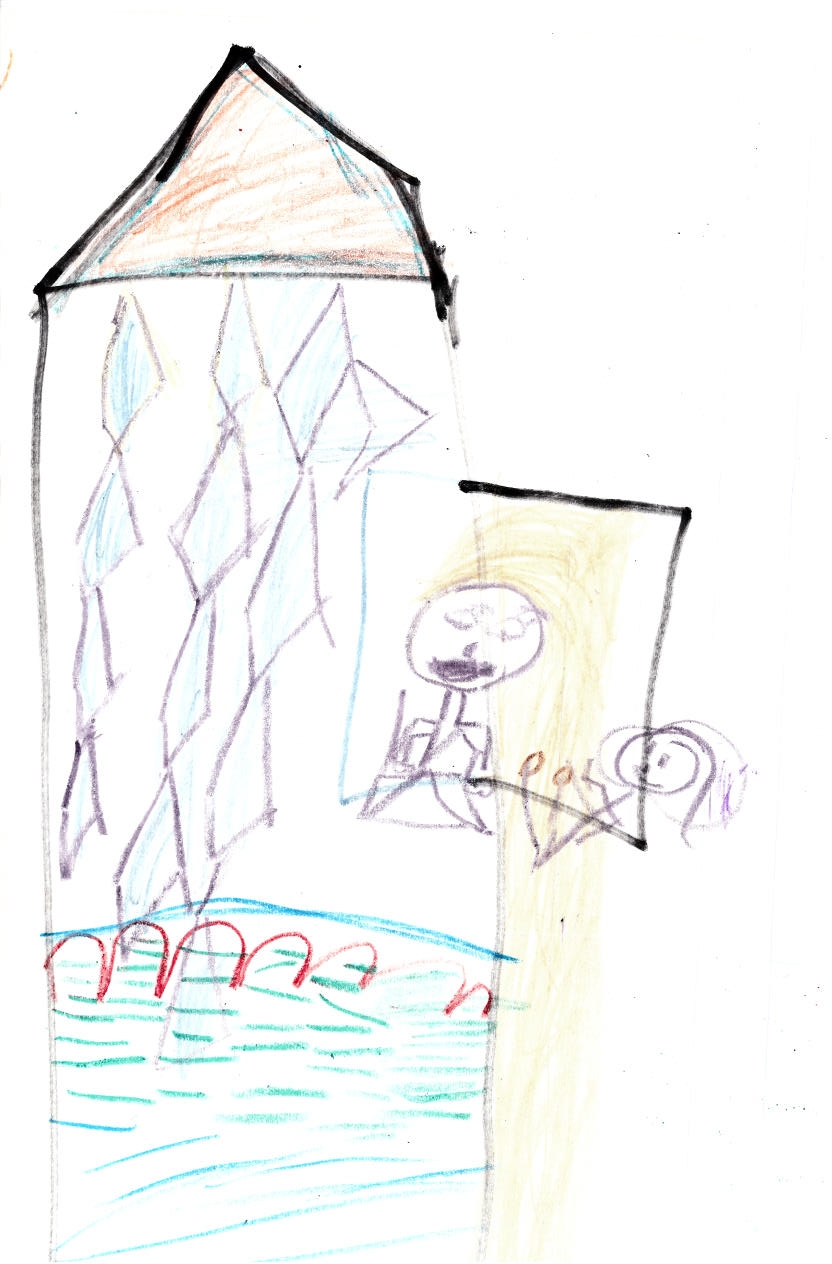 Once upon a time a couple were happy because they were having a baby. Then a witch came to their house and she made the man sick. Then the witch took the baby. Rapunzel was happy with the witch, who raised her. Then the witch took her to a tower and locked her in and when the witch wanted to come she climbed Rapunzel’s hair. Then one day a prince charming came and saw the tower and the prince climbed her hair into the tower. Rapunzel was very surprised but then she was very happy. She thought he was a man from another world. Then her mother cut her hair and sent her away, and she had twins. The witch pushed the Prince away and he was very sad. Then they found each other and the twins and they went back to the kingdom and lived happily ever after.

I liked this book because Rapunzel was happy and she had long hair and I think she was not happy when the witch came. I didn’t like that the witch grabbed her when she was a baby. I think the witch was mean when she cut Rapunzel’s hair. And think that the witch wanted her somewhere else when she grew up.